I have had the pleasure of working and visiting Scotland on many of my organisation’s initiatives. There is one Scotsman who was there for me and I consider a brother and a long lasting friend. He was there for me when I needed introductions and assistance in that part of the world. And, more importantly, he happened also to be one of the greatest singers Scotland produced.

Derek William Dick (born 25 April 1958), better known by his stage name Fish, is a Scottish singer-songwriter and occasional actor. He is as old as my elder brother Ronald and, to be honest about it, I consider him as my older brother in Scotland.

Fish became widely known as the lead singer and lyricist of the neo-progressive rock band Marillion from 1981 until 1988. He released 11 UK Top 40 singles with the band, including the Top Ten singles ‘Kayleigh’, ‘Lavender’ and ‘Incommunicado’, and five Top Ten albums, including a number-one with Misplaced Childhood. In his solo career, Fish has explored contemporary pop and traditional folk, and released a further five Top 40 singles and a Top 10 album.

Fish's voice has been described as both ‘distinct’ and a ‘conflation of Roger Daltrey and Peter Gabriel’, while his lyrics have been praised as ‘poetic prose’. In 2004, Classic Rock ranked Fish at number 49 on its list of ‘The 100 Greatest Frontmen’, describing his ‘theatrical delivery’ as ‘a major factor in Marillion's spectacular rise, and he masterminded some uniquely ornate lyrical concepts.’ In 2009, Fish was voted at number 37 in a poll of the greatest voices in rock music by Planet Rock listeners.

He grew up in Dalkeith, just outside of Edinburgh and resides in Haddington at the Spitalrig Farm, which used to be a hospital. The son of the late Robert and Isabella, Fish was educated at King's Park primary school and then Dalkeith High School. For a substantial period, whilst engaged in a number of operations in Scotland, all the Fish family embraced me as one of their own. I used the same Dalkeith address as his parents and Bob his father gave me unlimited wisdom as to who’s who and what’s what in Auld Reekie. He passed away in May 2016 after seeing his beloved boys in green lift the Scottish Cup for the first time in 114 years. The 87-year-old had been diagnosed with an aggressive bladder cancer two months ago, but managed to watch footage from the game on an iPad despite being seriously ill in hospital. 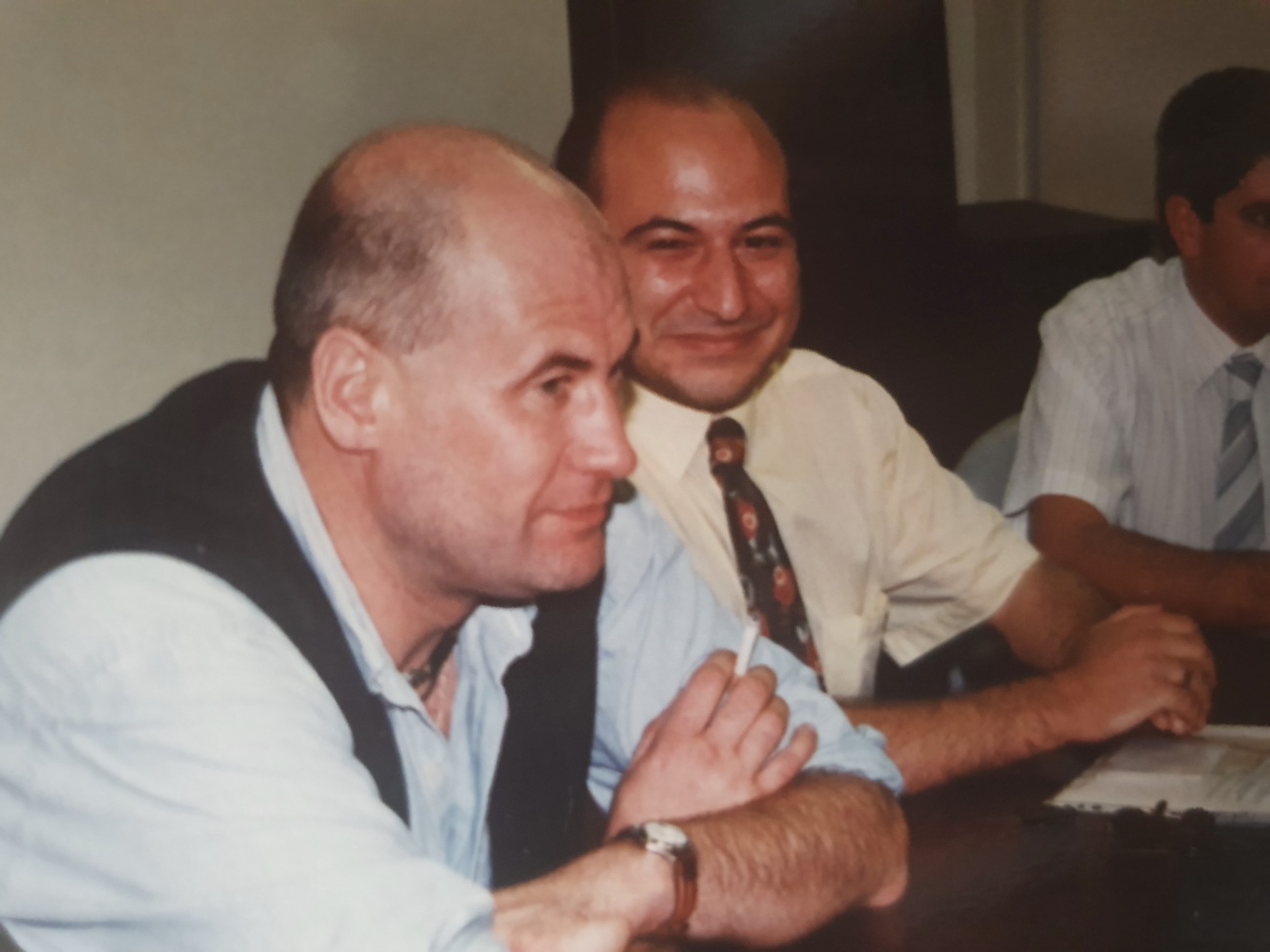 I was engaged in marketing operations with the Friends of Rosslyn for a substantial period in Scotland. Later, my services in international trading was solicited by a mutual friend of Fish’s family. Moreover, Fish and I were – and still are – members of Scottish institutions with a pedigree and ethos spanning over centuries. Due to these commitments, my presence in Scotland was constantly assisted by Fish’s genuine hospitality. On many an occasion, my family were resident guests at the Farm and lived with Fish’s family and close knit band of musicians and technicians for extended periods. In fact, the adage used for my two children as both being ‘made in Scotland’ is primarily thanks to Fish’s brotherly hospitality.

Fish’s musical career has already been mentioned. My organisation was involved as the management agency for five Fish concerts throughout a twenty year period. I was also present for a number of Fish Conventions across the years and have seen my friend adapt to the necessities of independent music production. Following a legal dispute with EMI Records and an unsuccessful contract with Polydor, Fish established the Dick Bros Record Company in Haddington in 1993. He released a number of ‘official bootleg’ albums to finance the company before selling it to Roadrunner Records. Another financially unsuccessful period followed before he re-established his own Chocolate Frog Records label in 2001. He signed with Snapper Music in 2005, but later returned to Chocolate Frog Records. I was also there when he started promoting his acting career. This started when he was offered and accepted a part in the 1986 film Highlander (for which Marillion were also offered the soundtrack) but he eventually had to turn it down, owing to his tour commitments with the band. Fish first appeared on terrestrial television as himself in the ‘More Bad News’ episode of the series ‘The Comic Strip Presents...’ in 1988.

On 25 July 1987, Fish married his first wife, Tamara Nowy, a German model who appeared in the music videos for ‘Kayleigh’, ‘Lady Nina’, and ‘A Gentleman's Excuse Me’. They had one daughter, Tara Rowena (Taz), born 1 January 1991. Fish and Nowy divorced in 2003. Their daughter is currently a model for 'Colours Agency'. In 2012, she was nominated for 'Scottish Model of the Year' and is highly successful and sought after in the industry. When she was just six years old, and Fish was touring extensively throughout Europe with no contact with his daughter, my organisation was behind bringing her over for one of his sold out concerts which was a huge and much-appreciated surprize for the proud father. There’s a photo of this here of the reunion at the airport. 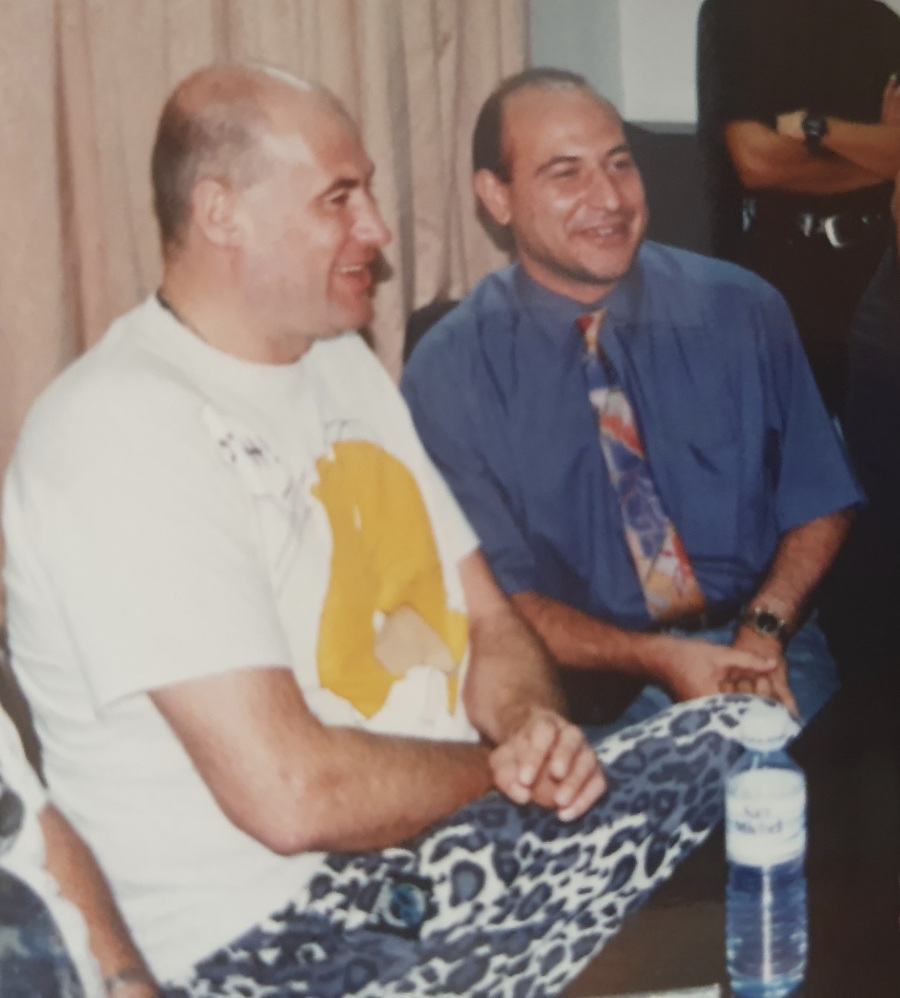 On politics, Fish said in 1993, I‘ve got a lot of socialist trends, but I work in a capitalist industry. Getting involved in politics can be very dangerous. There are a lot of doors that can shut when you get involved in politics.’ He is a supporter of Scottish independence because he is ‘dismayed’ by the UK's anti-European stance and does not believe a ‘London-based government’ is ‘beneficial to the UK as a whole’. Fish argued that independence could ‘shake up British politics’ to ensure a more ‘fair distribution of wealth’ throughout the UK. It is obvious that Fish and I share a number of mutual ideas on politics and we have had quite a number of very long and mutually enlightening discussions on the subject matter.

Therefore, another music personality joins this list. Not specifically for his musical pursuits only. But because Derek was indeed a big brother for me in Scotland when I needed a helping hand and penetrate the market over there. I remember the vodka breakfasts and the fireplace discussions with great fondness. Fish was more than instrumental in ensuring that Scotland has a special place in my heart.

Indeed, it has a special place in the heart of all my family and I always look forward to inititiatives which take me back to this beautiful and scenic country which I could easily call my second home.