Sometimes, being hyper-active in one’s entrepreneurial and social initiatives inevitably implies a lack of personal hobbies and pastimes. This cannot be further than the truth, at least in my case. 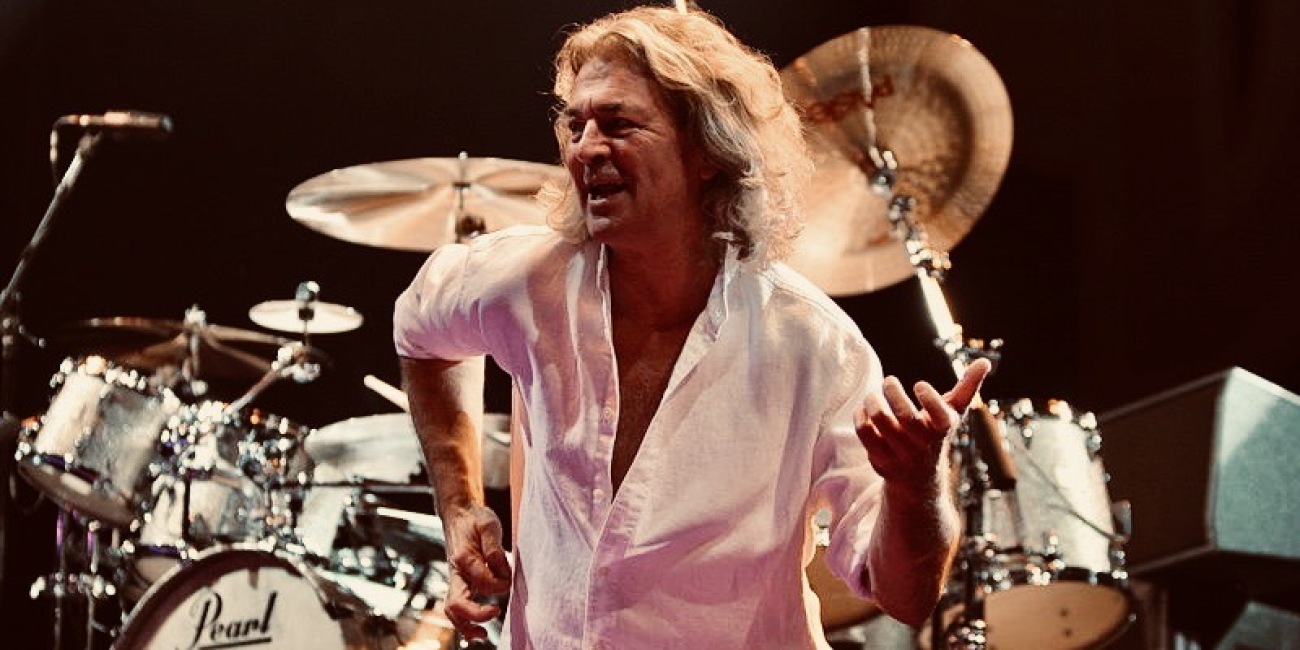 My leisure pursuits are a necessary diversion; a needed form of relaxation.

Within this context, apart from my eternal love of reading, my second love is music. Both are love affairs built on a faithful, inseparable vow. Without my diversions, there can never be any other form of output, in all the business, social, political and voluntary spheres in which I am active.

Some would say that my musical tastes are strange. Classical music is manna for my soul. But my required daily musical dose has to be rock music. It has always been that way. Indeed, when I was young and attending secondary school, whilst my pals and fellow rockers would be head over heels to wear the latest metal band pin or patch on their weekend clothes, I had a seemingly crazy notion that music management could be one of the items in my never-ending, to-do career list.

In those days, it was a great rarity for an international band, let alone a legendary arena band, to perform live in Malta. Locals had to travel abroad to attend live concerts. We were good at that as well, sending thousands of passenger seats filled with local rockers and music lovers to concerts abroad. We then ventured into marketing local bands abroad and organising international, professional recordings for local bands abroad. This was indeed the precursor of things to come. When I established my marketing and management group in the early nineties, one of the most active and visible departments within the group was actually the music management section. Against all the then prevailing odds, we risked all our savings, time and again, to bring Malta within the fold of the international musical circuit. All of a sudden, the local scene started enjoying musical legends brought over to the island, instead of merely listening to bands or artists on LP or cassette. Remember, this was the time prior to CDs, internet, MTV, social media and whatnot… 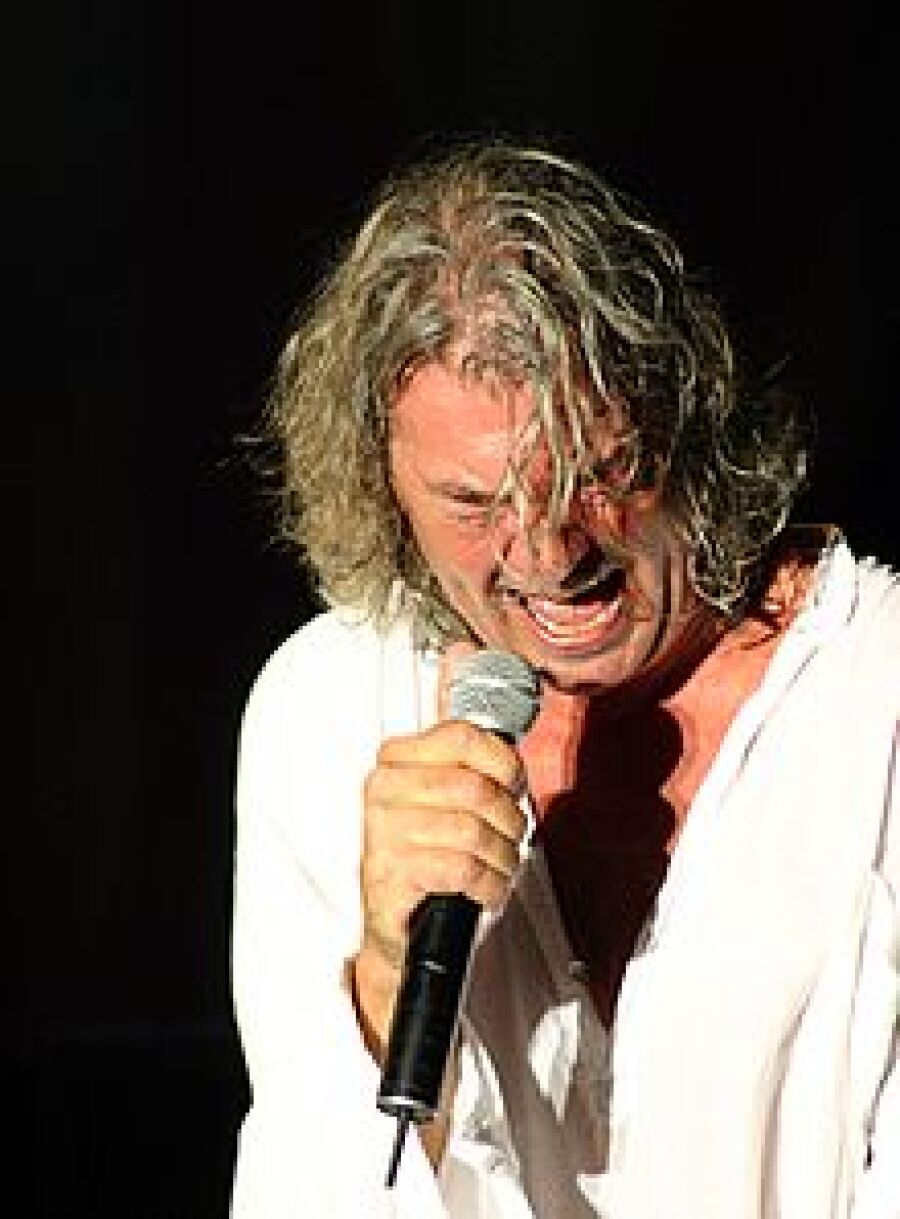 During the period commencing in the late eighties up to the mid-first decade of the new millennium, the music and event management department within the organisation flourished in Malta and in various other countries. But there was one particular management operation which I cherish to this day. You see, one of the most important and influential rock bands which I enjoyed – and still enjoy – is the legendary Deep Purple.

Deep Purple are an English rock band formed in Hertford, Hertfordshire in 1968. They are considered to be among the pioneers of heavy metal and modern hard rock, although their musical approach changed over the years. Originally formed as a psychedelic rock and progressive rock band, they shifted to a heavier sound with their 1970 album Deep Purple in Rock. Deep Purple, together with Led Zeppelin and Black Sabbath, have been referred to as the ‘unholy trinity of British hard rock and heavy metal in the early to mid-seventies’. They were listed in the Guinness Book of World Records as ‘the globe's loudest band’ for a 1972 concert at London's Rainbow Theatre and have sold over 100 million albums worldwide. And most importantly, their main lyricist and lead singer was a demigod of artists and this from a lifetime fan – Ian Gillan.

Ian Gillan (born 19 August 1945) is an English singer and songwriter. He is known for his powerful and wide-ranging singing voice, in particular his high pitched banshee screams. Initially influenced by Elvis Presley, Gillan started and fronted several local bands in the mid-1960s, and eventually joined Episode Six when their original singer left. He first found widespread commercial success after joining Deep Purple in 1969. He resigned from the band in June 1973. After a short time away from the music business, he resumed his music career with solo bands the Ian Gillan Band and Gillan, before a year-long stint as the vocalist for Black Sabbath in 1983. That band brings to mind another intriguing personality and another episode in our operations, but that is another story for another day. The following year, Deep Purple reformed and two more successful albums followed before he left in 1989. He returned to the group in 1993, and has remained its lead singer ever since. In addition to his main work he sang the role of Jesus in the original recording of Andrew Lloyd Webber's rock opera Jesus Christ Superstar (1970), performed in the charity super-group Rock Aid Armenia and engaged in a number of business investments and ventures, including a hotel, a motorcycle manufacturer, and music recording facilities at Kingsway Studios.

But back to Malta. In 1998, I was consultant to the Ta’ Qali National Park under the Ministry for Public Works and Construction. I and the relevant committee were entrusted to explore and promote the different manners in which the national park could be projected locally and internationally. Thus, a stream of international concerts were organised for just such a reason, with spectacular success. Today, decades after this exploratory work, the national park in question is a permanent recipient of international artists performing on the island.

It just so happened that the Minister involved was also a great fan of Deep Purple. In one of the meetings related to the national park, I asked him explicitly what band he would prefer seeing at the Park. He mumbled something that it was impossible because no one could get his favourite band, ie Deep Purple. Within three weeks, my organisation closed the management agency deal for Deep Purple to perform in Malta. It was unheard of up till that time, that such a huge name would grace our islands.

The concert in question turned out to be a huge success, indeed the biggest ever concert to date. The crowd was fantastic, with top UK rock magazine Kerrang! describing the audience’s accompaniment to Gillan’s rendition of the legendary ‘Smoke on the Water’ as being ‘…astounded and thrilled at the audience’s pitch perfect singing with the band’.

For me, it was a dream come true. I had the honour of being 24/7 in the presence of mythical Deep Purple musicians Bobby Rondinelli, Jon Lord (he died in 2012), Roger Glover and Steve Morse. But, most importantly, I had the pleasure of extensive hours of discussions and mind-picking with one of my all-time music heroes, Ian Gillan.

Contrary to other famous musicians, Gillan is very unassuming and undemanding. His stardom was never something that he would project. His incisive analysis of what was going around him and the manner in which he used words to describe his feelings and his thoughts struck me immediately. His precious tips and suggestions for our organisation was given without hesitation and without any form of payback. His business concerns were also interesting topics which we endeavoured to cultivate. The cool method with which he looked at problems and sought solutions was also underlined immediately on the band’s arrival to Malta: guitarist Steve Morse flied in from the US gravely ill. He was running a very high fever and was very weak. The tour manager was seriously worried; in fact he implored me to cancel the concert date for Steve to get better. Ian, however, knowing full well the local implications of such a postponement, came to the rescue. A secret visit to the hospital plus our arrangement of standby doctors and nurses and a fully loaded standby ambulance ensured that Steve Morse would perform and perform splendidly.

Naturally, the concert entailed top security arrangements for the stage area and the backstage area. Practically nobody except our staff had access. In the morning, I received a phone call that the Prime Minister was entrusting me with his daughter (she was accompanied by the daughter of the Minister for Education) for the concert since she wanted to see up close these legendary artists. Again, Gillan came to the rescue, ensuring not only that they would be placed permanently back-stage but also giving her a grand tour of the stage and all the equipment.

Gillan and I also had the time to discuss various topics of mutual interest related to history and religious history. We naturally showed him all we could of our island, rich in history as she is. Contrary to expectations, he was always alert to learn more and listen to everything that was being thrown at him. His beliefs and ideas about most of what we discussed were indeed very similar to mine, which proved to be added fuel for even longer discussions.

It was a connection which we both pledged to keep and cultivate. My work within our organisation has indeed a lot of vexing moments: unholy hours of work, incessant travelling, dealing with different cultures and mind-sets, clearing one’s mind from this morning’s client and his needs to focus on this afternoon’s client and his – totally different – expectations, gauging when to increase output from one organisational department to another, and a thousand other complications. The opportunity to network with such distinguished personalities, however, makes my work a joy to deliver. As you can see here, Ian Gillan sent me a personalised note prior to his departure from Malta in 1998. He literally wrote it at the airport before boarding the plane (in this page you can also see a photo of us at the airport on his departure). Naturally, we would meet up several times after this. But he still wanted to personalise his thanks. We receive hundreds of thank you notes from satisfied clients. Gillan’s personal note is the only one that I have framed and hung in our offices. It meant a lot at that time. It still does.