International philanthropic initiatives have given us unlimited networking possibilities and have indeed provided us with the possibility of meeting with some unique personalities. 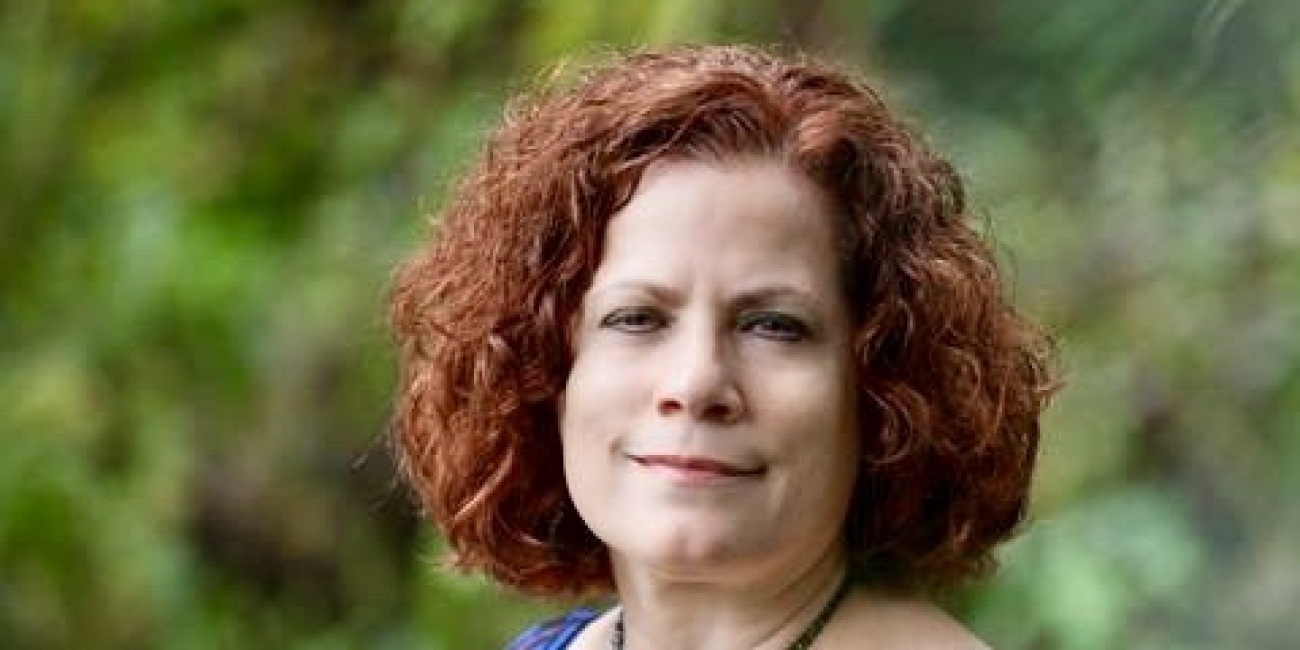 In my work in the United States, meeting such interesting people from all walks of life is made even more colourful due to the rich interaction of different personalities and outlandish behavioural scenarios which are uniquely American and not found across the water in Europe.

I had been recently appointed to the board of governors of a 501c3 charity organisation in the States. Being a ‘501(c)(3)’ means that a particular non-profit organization has been approved by the Internal Revenue Service as a tax-exempt, charitable organization. This particular non-governmental organisation is very active in the African continent and the Indian sub-continent. It worked very closely with the American Chapter of the international Lazarite confraternity under the United Nations in which I have been extensively involved with.

In 2013, a fund-raising initiative and awarding ceremony and investiture was organised in Los Angeles and I was one of the main speakers for the day. A number of celebrities and personalities from various states attended and the event was a roaring success. I had the honour of giving a number of commendations and accolades to some very delightful American personalities, mostly in the movie and publishing field, who were immersed in benevolent philanthropic work which touched an extensive range of initiatives both in the States and in developing countries across the world. I was even privileged to officially hand out a number of US Presidential Achievement Awards to recipients who had caught the eye of Washington due to their philanthropy and community work and were earmarked for Presidential recognition. 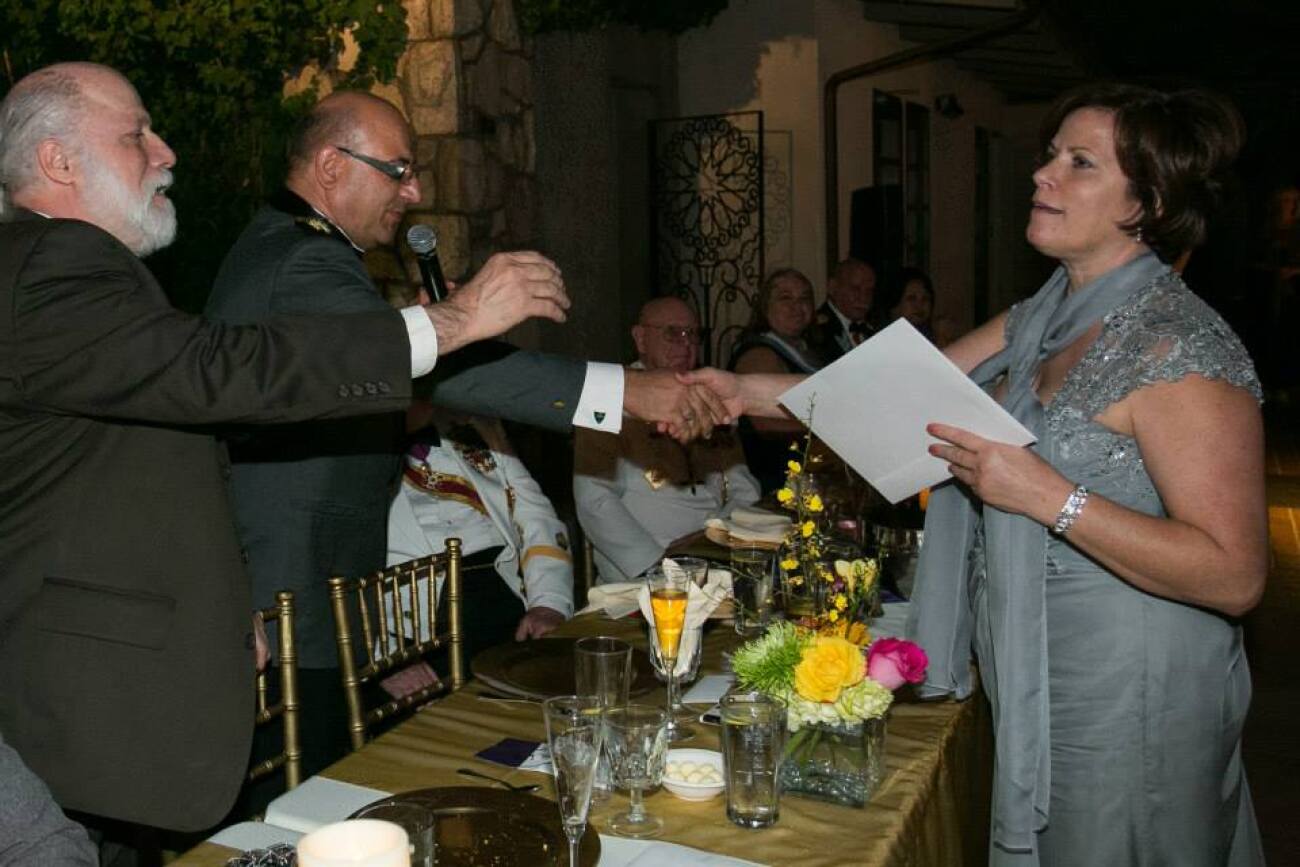 That is when I met and befriended a very, very interesting personality.

Lillie Leonardi served for over 25 years as law enforcement officer, serving as a municipal officer, the chief of police and an FBI agent. Indeed, she was one of the first female enforcement officers to be brought into the FBI, which was still back then a total male enclave.

My first impressions of Lillie were mixed. I had read her biography before actually meeting her. She had just published a very controversial book, but more of that later. She was very down to earth, tired after a long journey from Pennsylvania to Los Angeles but very jovial and a very good sport. On her arrival to the hotel, I met her at the bar area where I was socialising with other delegates. Her warmth and superlative communication skills were immediately apparent. Whilst we were there, a drunk and an obviously repressed bar patron mingling around accosted her and started taunting her, without even having met her previously. Her calm in managing the situation, notwithstanding her very evident fiery eyes which riveted this numb, sloshed patron, intrigued me more. I mentally reminded myself of snippets of her biography which I had just read; her proud Italian lineage, her impeccable career in uniform, her glowing testimonials from her superiors in the Bureau.

From that moment on, we became firm friends.

As I said, Lillie had a glowing career in law enforcement. Between 1998 and 2010, Lillie Leonardi was employed by the Federal Bureau of Investigation (FBI), Pittsburgh Division, as its Community Outreach Specialist. Leonardi’s work and research focused on violence prevention. She also served as a training instructor under the auspices of the United States Attorney’s Office, Western District of Pennsylvania. Prior to her career with the FBI, in 1984, Leonardi was appointed to serve as the first female police officer with the city of Arnold, Pennsylvania. While employed with the police department, she specialized in crime prevention and investigations of crimes against children.

United Airlines Flight 93 was flying from Newark in New Jersey to San Fransisco, California when it was hijacked by four al-Qaeda terrorists as part of the September 11, 2001 attacks. They overtook the plane 45 minutes after its take-off and turned it around. Its exact target is not known, but it is believed it was flying towards Washington, D.C. But it never reached its intended destination as passengers, who had made phone calls and learned of the other terrorist attacks, attempted to regain control of the aircraft. During the attempt, the plane crashed into a field in Pennsylvania, killing all 44 passengers on board, including the terrorists. A memorial now stands at the crash site.

On September 11, 2001, immediately following the crash of Flight 93 in Shanksville, Pennsylvania, Leonardi was deployed to the crash site, where she would spend the next 12 days. During that time, she was tasked to serve as the primary liaison with law enforcement, government, and human service entities, including the United Airlines humanitarian response team. She also assisted in the coordination of the two memorial services.

Post 9/11, Leonardi represented the FBI in collaboration on three projects relating to Flight 93: with the Smithsonian Institute, with the Senator John Heinz History Centre, and with the Flight 93 Oral History Project, coordinated by the Department of the Interior.

But what she saw and felt in Pennsylvania marked and changed her. She is now a published author and her first book, which she proudly signed and explained away to me in Los Angeles was called ‘In the Shadow of a Badge’. In the book, she explained she arrived at the still-smouldering scene three hours after terrorists hijacked the passenger jet and it crashed into a field in Shanksville, Pennsylvania. On her arrival, burning pine and jet fuel fumes stung her nostrils and the entire site was eerily silent, she writes. 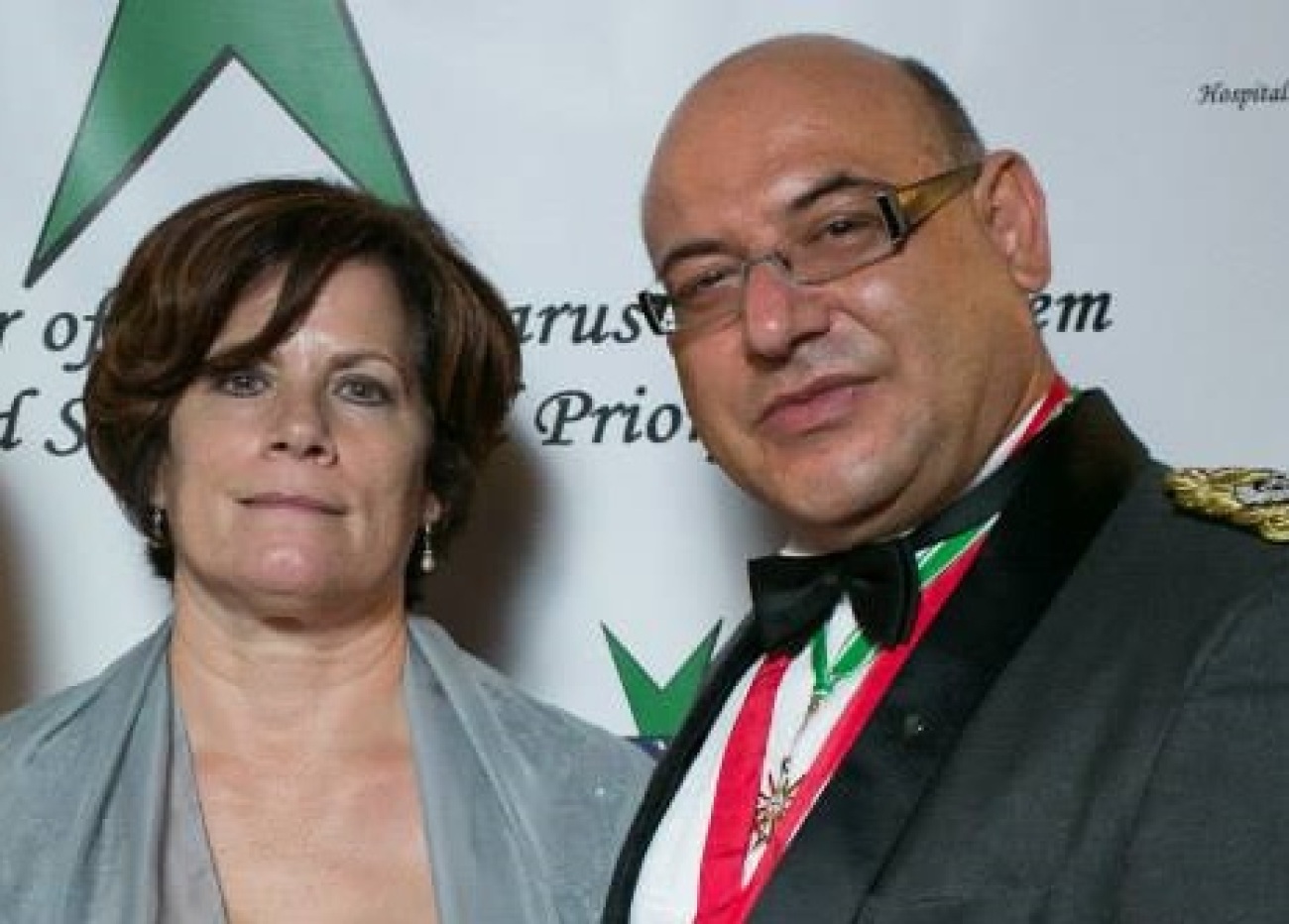 'The white mist then began to take shape. It moved and swirled in patterns of spectacular white light. All at once, the mist took full shape and I saw what appeared to be angels. There were angels standing in the open area to the left of the crash site. There were hundreds of them standing in columns. There was a field of angels emerging from the realms of the mist. They were Archangels with their wings arched up toward the sky.'

She said: 'And I didn't say anything to the guys because you can imagine if I would have said, ‘I just saw angels on the crash site,’ they'd have called the office and they'd have said,‘She lost her mind and tell her to go home’.' But she added that she saw more than just the shapes inside the mist. She, and two men with her, spotted a Bible from the plane that had been barely singed. 'All of a sudden this huge wind came out of nowhere and flipped that Bible open and I remember it flipped open to Psalm 23, ‘The Lord is my shepherd…’

She added: 'The biggest thing for me is that that there were no bodies. I'm used to crime scenes but this one blew me out of the water. It just looked like the ground had swallowed up' the plane. Leonardi kept the angel vision to herself for two years but as her PTSD began to take control, she told close friends what she had seen.

Kenneth McCabe, her former supervisor, said he had no reason to doubt her story. 'I believe her,' he told The Associated Press. 'I know she believes 100 per cent that's what she saw. I know she's a sane person so I'm not going to discount what she says she saw.' 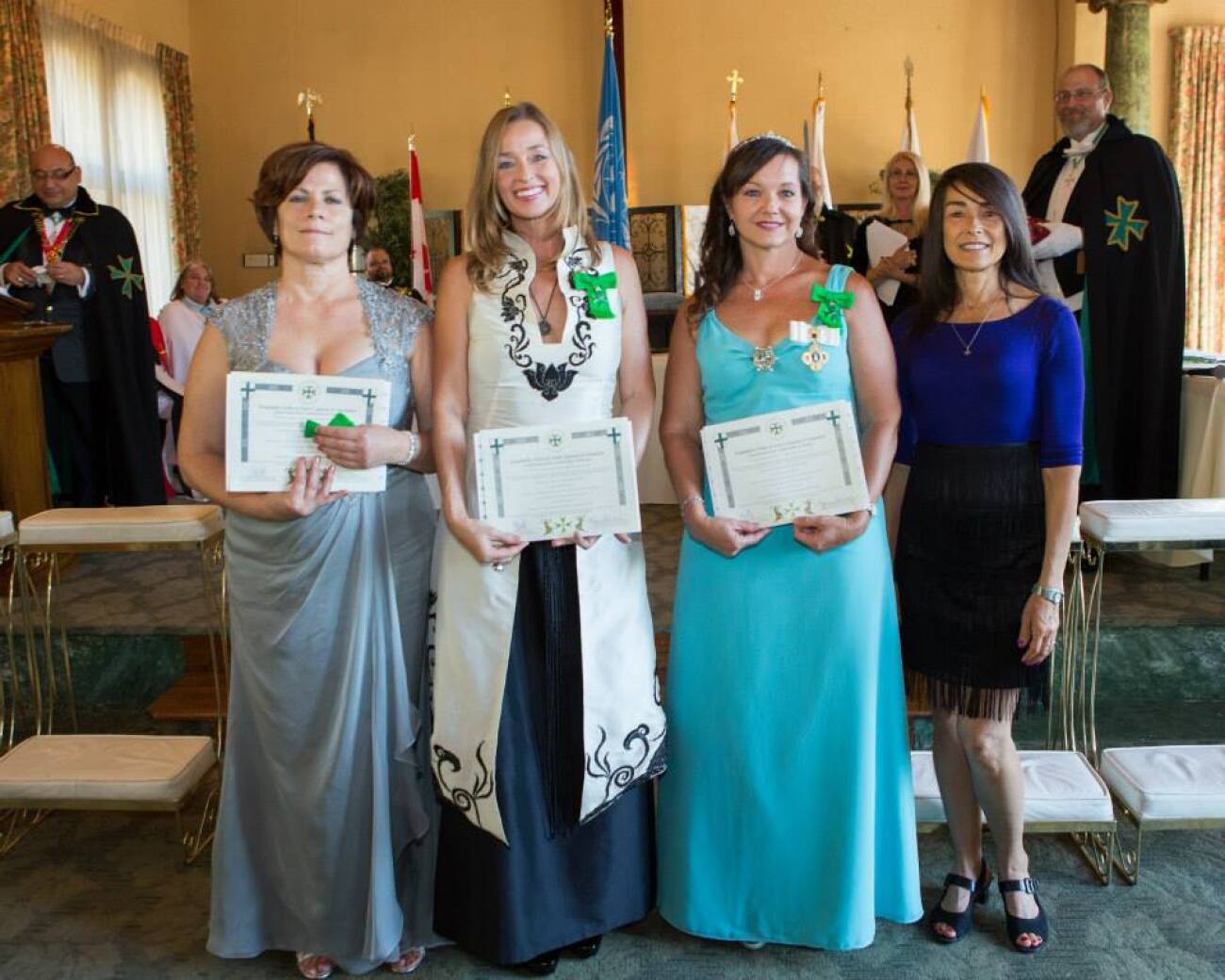 Of Leonardi's claims, the spokesperson for the Families of Flight 93, Lisa Linden, said: 'The crash site and sacred ground – now central to the Flight 93 National Memorial – is a place that elicits powerful reactions from those who work at the site and who visit.'

Now most of the folks that know me personally also know that I am not someone who believes in spiritual manifestations and the supernatural. Always a doubting Thomas, my life beliefs have always centred about rational explanations for every day events and happenings, since there always seems to be a simple and tangible explanation to any phenomenon instead of irrational and unsubstantiated thought patterns. So one can imagine the deep and very interesting discussions on the subject matter which I enjoyed with Lillie on her claims. Do I believe her claims? She certainly does, with conviction and determination. Her eyes showed me throughout our conversations that she really believed in what she was expounding. Irrespective of her claims on the subject matter, Lillie Leonardi is a very intelligent and warm-hearted soul who I had the pleasure of befriending.

As one can see, personalities come and go throughout our lives, endeavours and careers. They leave their own unique mark on us. Lillie Leonardi was not a business associate of mine. She is not on these pages because we did business together. But throughout my career, outstanding personalities like Lillie entered our world, and made a positive impact there.