The Ethiopian Empire, also known by the exonym Abyssinia (derived from the Arabic al-Habash), or just simply known as Ethiopia, was a monarchy that spanned a geographical area in the current states of Ethiopia and Eritrea. 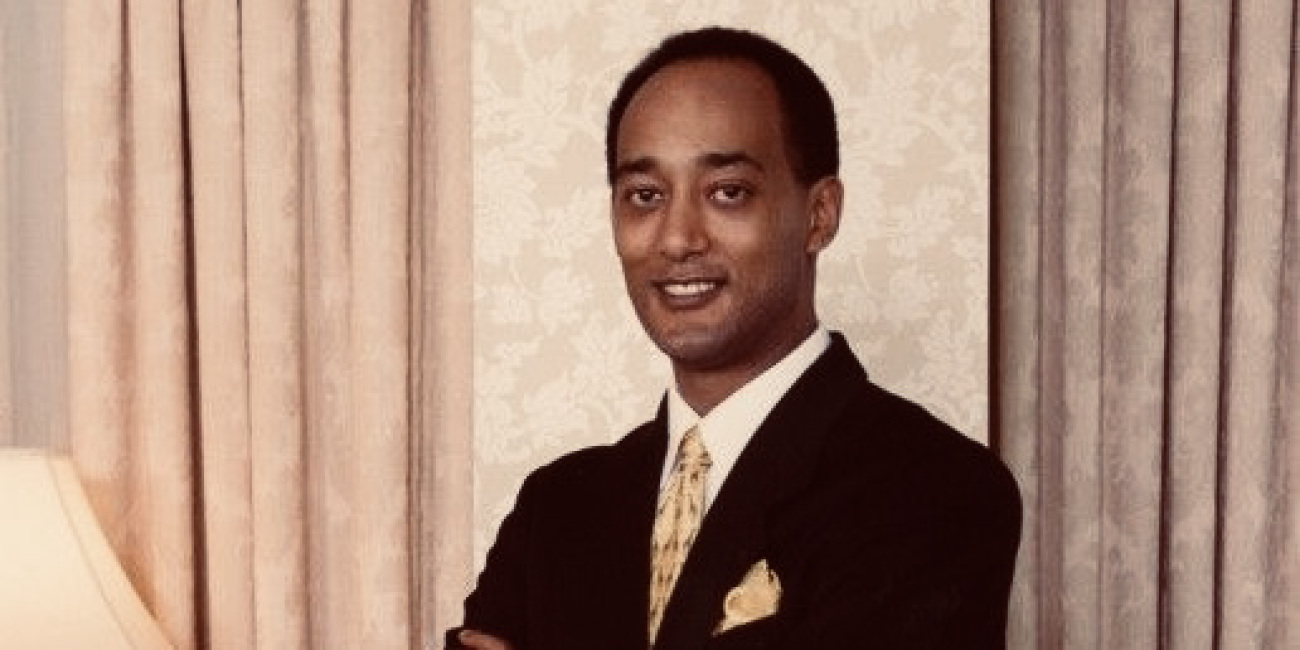 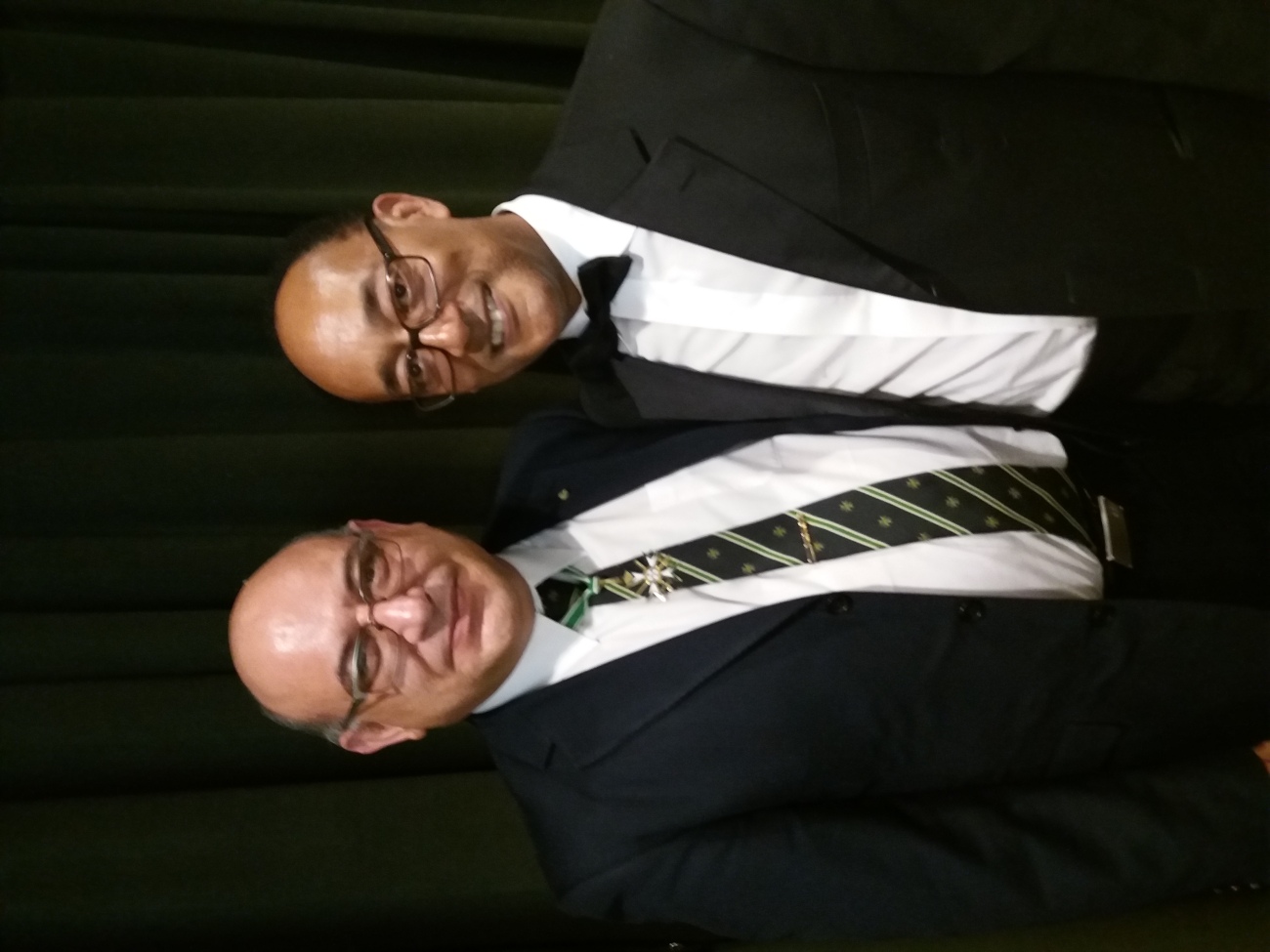 It began with the establishment of the Solomonic dynasty by Yekuno Amlak from approximately 1270 and lasted until 1974, when Emperor Haile Selassie was overthrown in a coup d'état by the communist Derg. It was throughout much of its existence surrounded by hostile forces in the African Horn however it managed to preserve and develop its ancient form of Christianity-based kingdom.

Prince Ermias Sahle Selassie (born 14 June 1960 in Addis Ababa) is the only son of Prince Sahle Selassie of Ethiopia and Princess Mahisente Habte Mariam. He is the grandson of Emperor Haile Selassie of Ethiopia, and furthermore of Dejazmach Habte Mariam Gebre-Igziabiher, the heir to the former Welega kingdom of Leqa Naqamte, and later served as governor of Welega province. Currently the prince is ninth in the line of succession to the vacant imperial throne.

Due to my philanthropic and Hospitaller initiatives on the international front, we had been corresponding with the Prince on a very regular basis due to a number of initiatives in Africa, primarily related to water production in intensely poor geographic regions of Ethiopia, which we assisted in executing. After a number of years of messaging, telephone conferences and the likes, I had the pleasure of meeting with the Prince and his lovely wife Saba Kebede on a number of occasions in the United States.

But who is Prince Ermias? 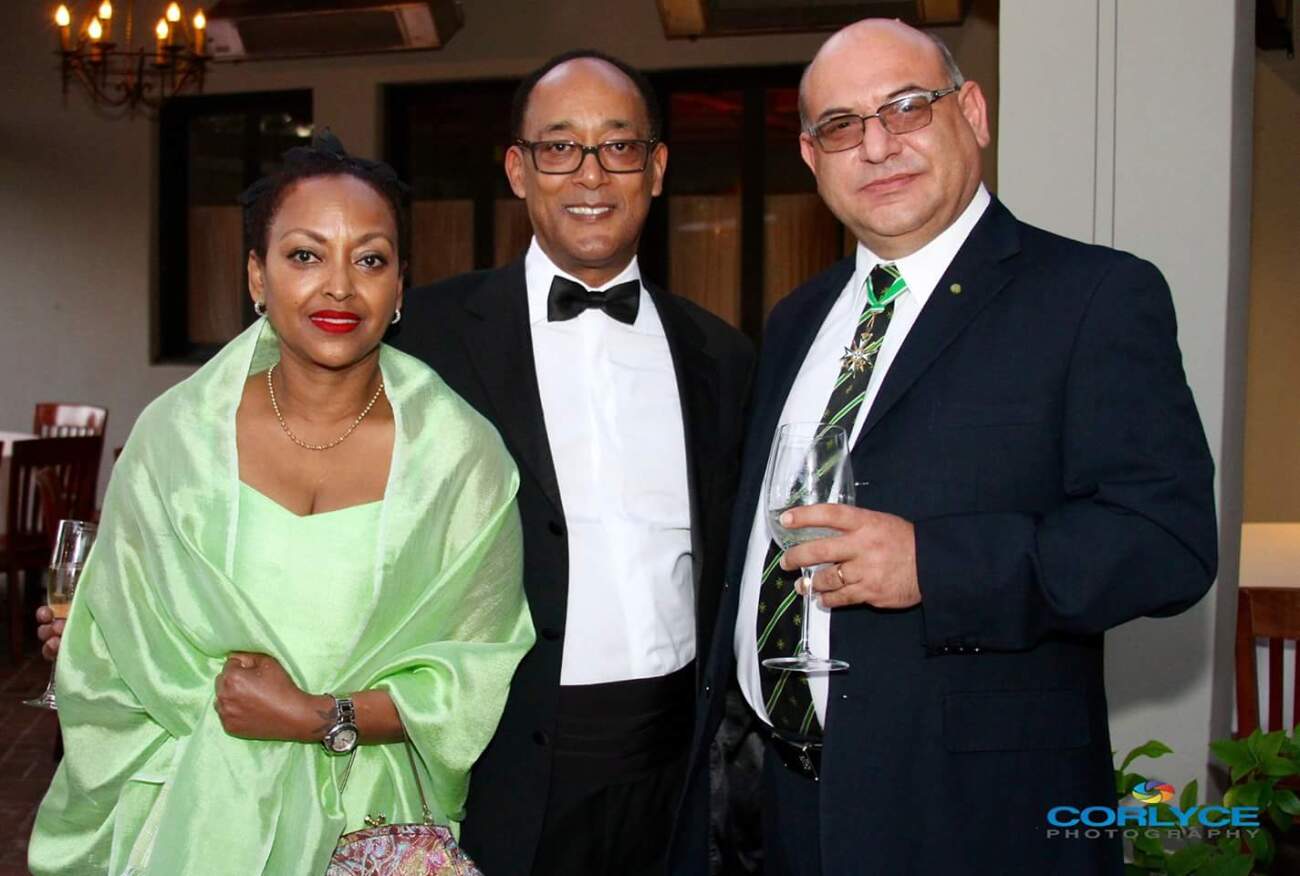 Prince Ermias was educated in Ethiopia, Great Britain, and the United States. In England, he received his education at Old Ride Preparatory School, and then at Haileybury College. He obtained a BA degree in social studies, with an emphasis in economics, from the University of California, where I was later awarded my Doctorate in medieval history. He continued his education at the Fletcher School of Law and Diplomacy between 1983 and 1985. Prince Ermias currently serves as the President of the Crown Council of Ethiopia in exile. The Crown Council has pursued a mission devoted to the promoting of a cultural and humanitarian role. Prince Ermias is also patron of the Haile Selassie Fund for Children in Need which continues to sponsor student scholarships. 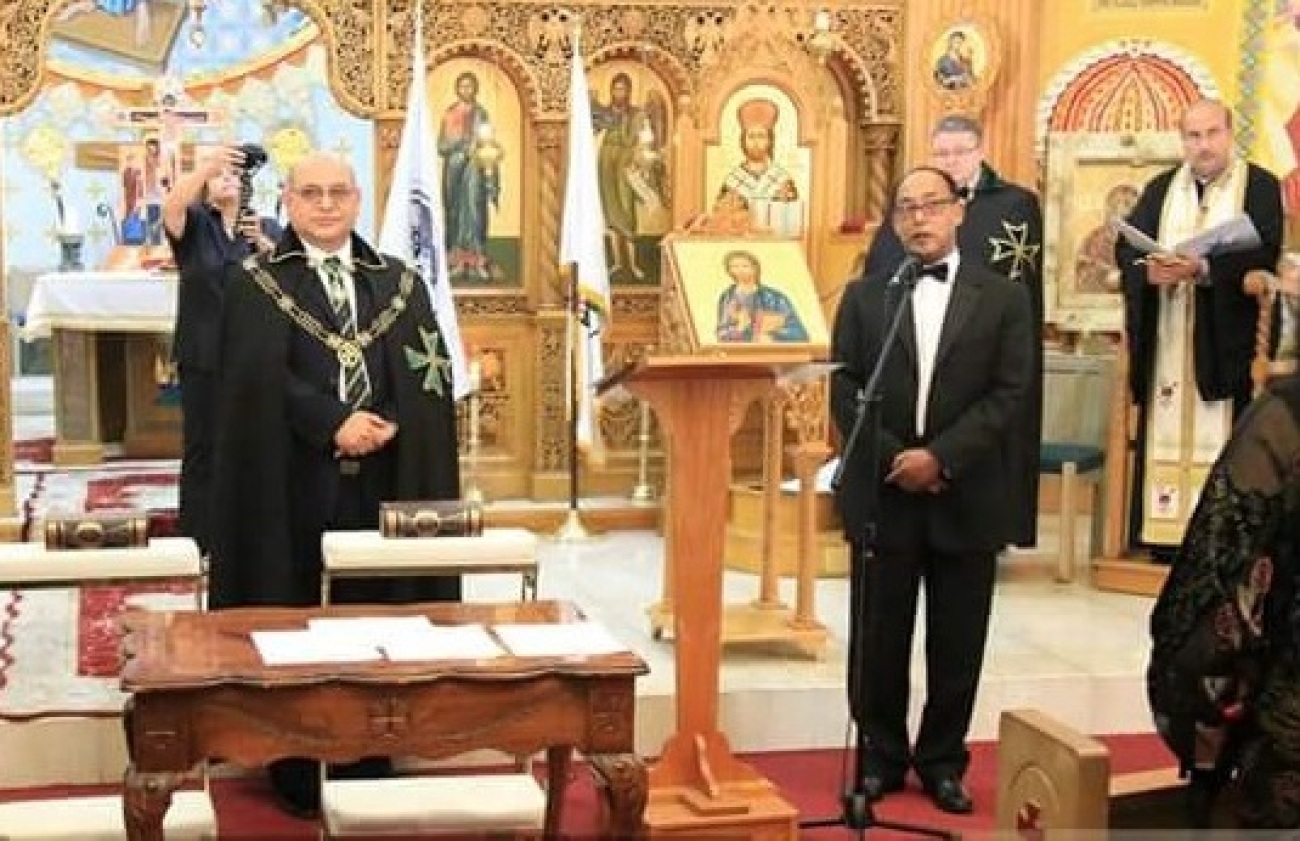 He has been awarded many accolades throughout the years for his various diplomatic and humanitarian accomplishments. These included both accolades from within the United States and also noble and chivalric titles from various jurisdictions and institutions. I was also proud to propose and subsequently sign off his Grand Cross of Merit related to the exclusive Companionate of Merit of the Hospitaller Order of Saint Lazarus of Jerusalem in 2013 and later also proposed him as the Grand Prior of the Ethiopian Grand Priory of the Order in question. 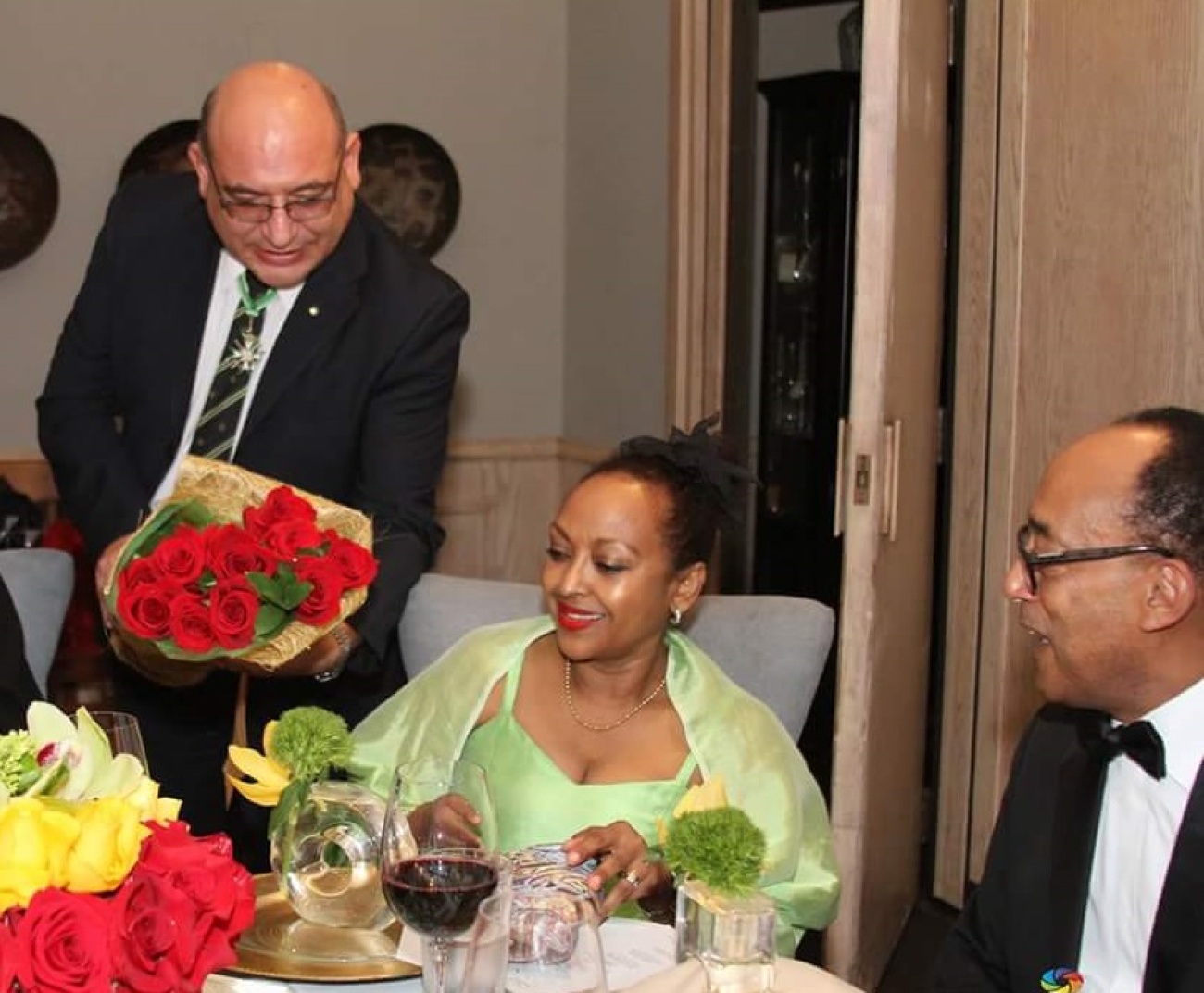 We met several times in Los Angeles, both in official functions and also in non-formal surroundings where we managed to discuss various topics close to our hearts. Prince Ermias has a wealth of knowledge and experience. His approach to his princely role is laid back and this sometimes brings him into situations which would otherwise be frowned upon by Zera Yacob Amha Selassie, Crown Prince of Ethiopia, who has been head of the Imperial House of Ethiopia since 17 February 1997.

Notwithstanding, Prince Ermias’ passion for aiding and assisting his native country was very evident to me from the start. He has worked hard in educational, social and agricultural projects and initiatives which are targeted to better the lives of his fellow Ethiopians. He has a solid base of American benefactors and well-wishers, most of them my friends, who see royalty, even though in exile, in a somewhat more excited tonality than a typical European.