There is one international personality which I can safely state that I have really admired and looked up to and also considered him as one of my leading mentors in my business operations. 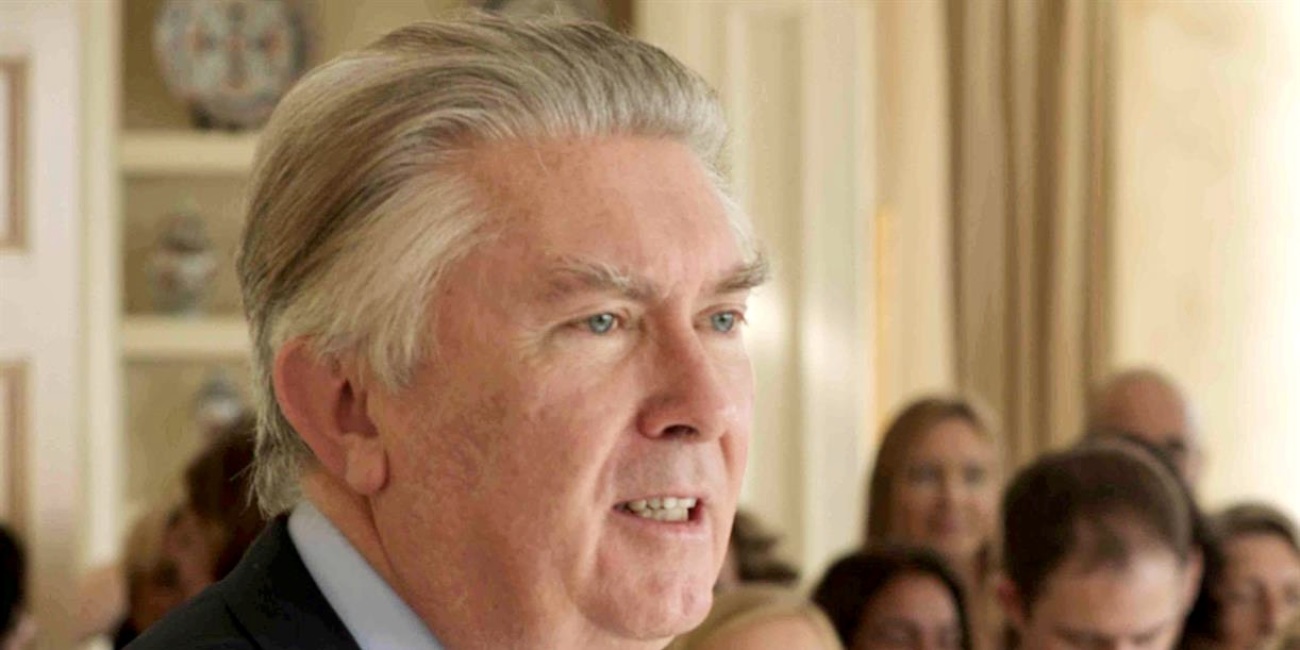 Born in 1949, Sir Paul Rupert Judge began his career with Cadbury Schweppes straight from business school in 1973, rising to group deputy finance director by the age of 28, in 1978. Following an overseas role in Kenya, he became the managing director of the Cadbury Typhoo business. When Paul Judge was in his mid-thirties he made a business decision that could best be described as risky: it would make him a multimillionaire or cost him his home. Judge was put in charge of selling Cadbury Typhoo, an unprofitable area of operations consisting of jams, teas, milk and other soft drinks, in 1985.

He was given strict guidelines: it was not to be sold for anything less than £70 million; it could be sold only as a single business; and under no circumstances was it to be sold to a competitor. In 1986 Sir Paul led the management buyout of Cadbury Schweppes for £97 million creating Premier Brands. Premier Brands became a success and four years later was sold for £310 million.

But the above is just one small part of the great achievements of this great man during his relatively short life (he passed away after a short illness on the 21st of May 2017 at the age of 68). He served as Chairman of the Royal Society of Arts, President of the Chartered Management Institute, and Deputy Chairman of the American Management Association. He also served as the Director General of the Conservative Party and a Ministerial Advisor to the Cabinet Office.

Judge was President of The Chartered Institute of Marketing and of the Association of MBAs, Chairman of the Enterprise Education Trust, of St Dunstan's College and of the British-Serbian Chamber of Commerce, UK Chairman of the British–North American Committee, a Special Adviser to the Royal Institute of International Affairs at Chatham House where he chaired the North American Advisory Council and a Member of the Council of the Crown Agents. 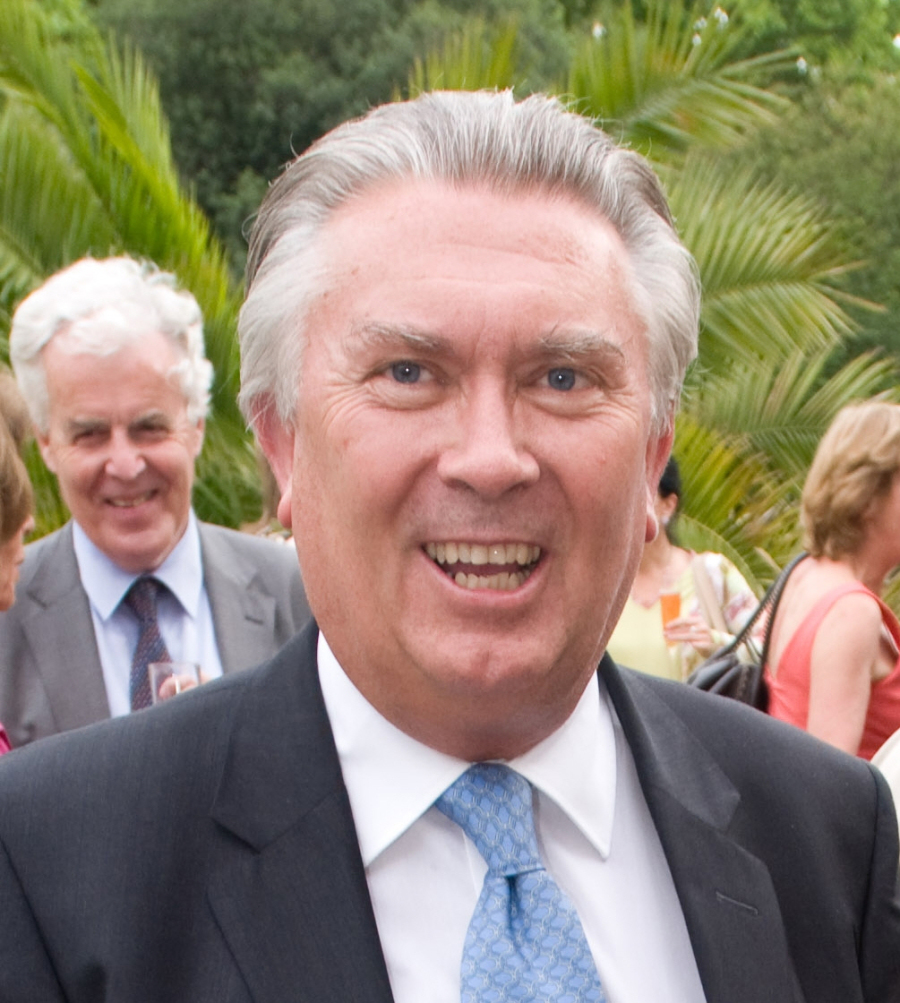 Judge was also a Member of the Finance Committee and of the Alumni Advisory Committee of Trinity College, Cambridge. From 2005 to 2008 he was Chair of the Teachers TV Board of Governors and from 2000 to 2009 was Chairman of the Marketing Standards Board. He was elected as Alderman of the City of London for the Ward of Tower in 2007 and served on the Corporation's Finance Committee. He was a Freeman of the City of London, Liveryman of the Worshipful Company of Marketors and of the Worshipful Company of Clothworkers and a Court Assistant of the Company of Educators.

This is by no means a complete list of Sir Paul’s business, social and political accomplishments. It is merely a small taste of the greatness of this man. And I was so lucky to have been able to call him my friend and mentor. In the late nineties and the first decade of the two thousands, my consultancy work outside Malta, especially in the UK was quite in demand. During that period, our organisation had a successful joint venture agreement with an Isleworth based management agency run by my dear old friend Derek Cobbing. Now that is another character altogether! My work in Scotland brought me into contact with a number of organisations and individuals based in the City of London.

Contrary to what might be deemed as obvious, the City of London is widely referred to simply as the City (differentiated from the phrase 'the city of London' by capitalising City) and is also colloquially known as the Square Mile, as it is 1.12 square miles in area. Both of these terms are also often used as metonyms for the United Kingdom's trading and financial services industries, which continue a notable history of being largely based in the City. The name London is now ordinarily used for a far wider area than just the City. London most often denotes the sprawling London metropolis, or the 32 London boroughs, in addition to the City of London itself. This wider usage of London is documented as far back as 1888, when the County of London was created.

The local authority for the City, namely the City of London Corporation, is unique in the UK and has some unusual responsibilities for a local council, such as being the police authority. It is also unusual in having responsibilities and ownerships beyond its boundaries. The Corporation is headed by the Lord Mayor of the City of London (an office separate from, and much older than, the Mayor of London). The City is made up of 25 wards, with administration at the historic Guildhall. With a population of around 10,000, this number is swelled by the 500,000+ who are employed there, and some estimates put the number of workers in the city to be over 1 million. About three-quarters of the jobs in the City of London are in the financial, professional, and associated business services sectors. It naturally made sense for my organisation to secure business initiatives in the Square Mile.

Which is when a mutual friend introduced me to Sir Paul Judge as being a very influential man in this area. Sir Paul at that time was also the Master of the Worshipful Company of Marketors, one of the 110 livery companies of the City of London. The cream of British marketing professionals are active in this prestigious organisation and membership in the Company became one of my tasks. But this is easier said than done. Membership in the traditional London livery companies is very, very limited and is only by invitation. My friendship with Sir Paul changed all that, since he not only nominated me as Fellow of the Company but also later nominated me for full Liveryman status within the Company and eventually Freeman of the City of London itself. 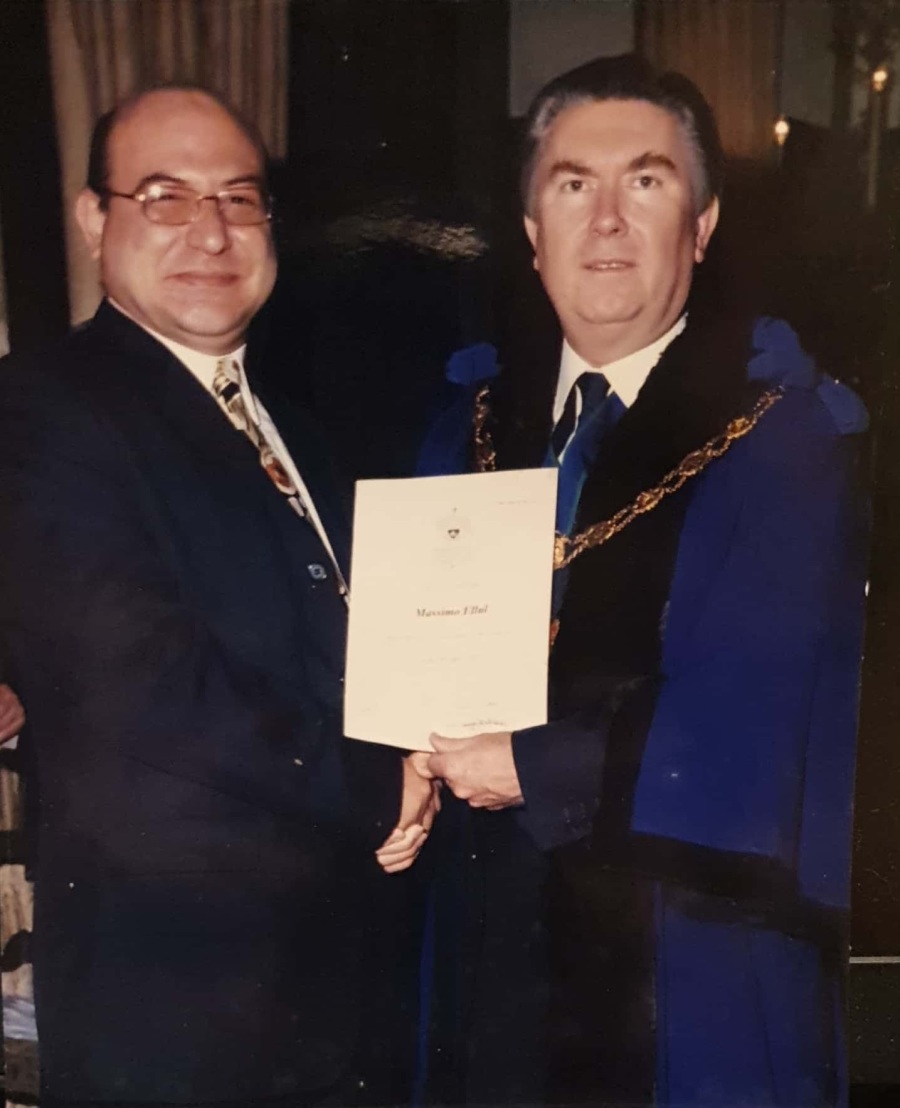 The photo published in this page shows Sir Paul doing just that: proudly giving me my Worshipful Company of Marketors Fellowship. When I was awarded the Freedom of the City of London in the old and majestic Guildhall, Sir Paul was meant to be there for the ceremony. My mother had died a number of years before and my father simply closed himself up at his home, refusing to go out or travel without his beloved wife. Sir Paul kept prompting me to bring Dad over for the ceremony and I would reply that that would be impossible – the old man would not travel anywhere. I asked Sir Paul to be there for me on the day and he replied that that would be easy; I had to do my bit and bring Dad along and introduce him to Sir Paul. To cut a long story short, by sheer deceit and a bit of help by my wife, I brought dad over to London (he was given the impression that he was coming with me on an errand at the airport). As soon as we landed on Heathrow, Sir Paul’s message that he could not be physically there with me due to a very important last minute meeting was received on my cellular gadget. It was not to be.

These were positions which no other Maltese resident had been granted. Even this sentence should be enough to underline the mentorship level that I gratefully received from Sir Paul. But such accolades pale into significance when one remembers the interesting business lunches and other meetings that I enjoyed with Sir Paul, discussing all the subjects under the heavens, albeit normally focusing on business and politics. He would introduce me to his friends as his Maltese friend who, for my sins, had a Labour mind and a Conservative heart. We sparred constantly on topics related to political science and his extensive knowledge of the subject and his previous position as Director General of the Conservative Party gave me massive insights into how the wheels of politics in Westminster are operated and levied. Gradually, I started to realise that this Thatcherite grandee was not all that Conservative a demon as he and his ilk would be depicted. His social conscience was there for all to see in the extensive amounts of social projects and initiatives that he assisted and financially bankrolled from his own purse. He kept insisting with me that if one ‘gives’ it will immediately follow that one will ‘receive’. The ‘philanthropic cause and effect’ concept was the way he would describe it.

But what astonished me most was his encyclopaedic knowledge – on a personal basis – of anyone who was anyone from around the world. He knew them all; the heads of government, the ministers, the civil servants, the bankers, the fund managers, the CEOs: the people that mattered were merely a phone call away for him. That truly impressed me. Because the list was not just British key people. But all the prominent personalities in countries as far flung as Montenegro, Russia, Greece, Abu Dhabi, Kazakhstan, Brazil, South Africa…the list went on and on.

He instilled in me the need for multi-tasking and for prioritizing one’s day. He taught me how to listen when in conversation and the art of withholding conversation specifically because it is more essential to let in other peoples’ flow of discourse instead of having fun listening to your own voice uttering statements that you already know all about! He introduced me to so many other personalities in the City and ranted enthusiastically about the Balkan country of Serbia and its strategic importance. This immersion into Balkan geopolitics would later flourish into extensive operations of my team in this beautiful country 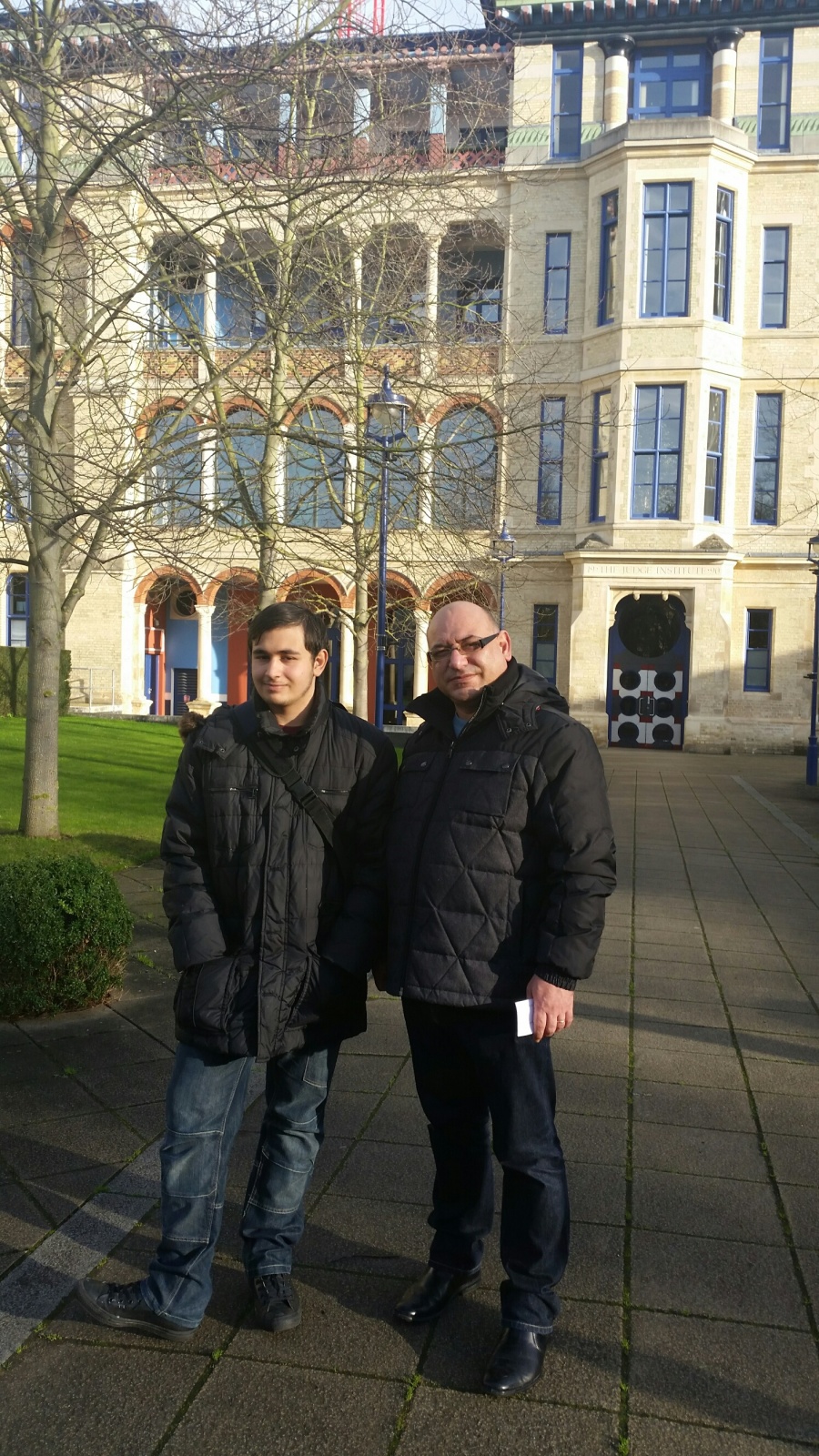 Both of us were Cambridge University kids and both of us were really bad at punting. He was so proud of his Cambridge involvement and kept aiding and assisting the University throughout his career. He was always urging me to enter the post doctorate management modules available at the Cambridge College bearing his name – the Judge Business School. When I emailed him in 2012 that I had taken the plunge and enrolled, he was over the moon. When I graduated, we promised each other that we would meet up soon for dinner in London. A couple of dates were thrown about but were unworkable due to one or the other having other goings on in other areas. Weeks turned to months. In 2013, a change of government in Malta meant that I had to be more focused on Malta operations together with other interesting commitments in the Balkans and in Sicily. In the UK, our operations started focusing on Manchester and its environs instead of London. In 2015, as the published picture shows, I took my son Myron on a visit to my Alma Mater, just in case the latter wanted to pursue a management academic trail. He opted for law and, as I write, is busy studying commercial and business law in another UK university. All of a sudden, 2017 is upon us and in May of that year, my mobile phone started churning messages from our mutual acquaintances that Sir Paul had died. I was in Brussels when the messages started flowing and I distinctly remember that I felt the urge to walk, alone, through the Parc du Cinquantenaire and Leopold Park. Just cherishing the memories. The world had lost a true Prometheus. I had lost a mentor and a friend.