Dr. Tim Wallace-Murphy passed away to the afterlife in July of 2019 after a very long struggle with COPD. He was 89 years old. 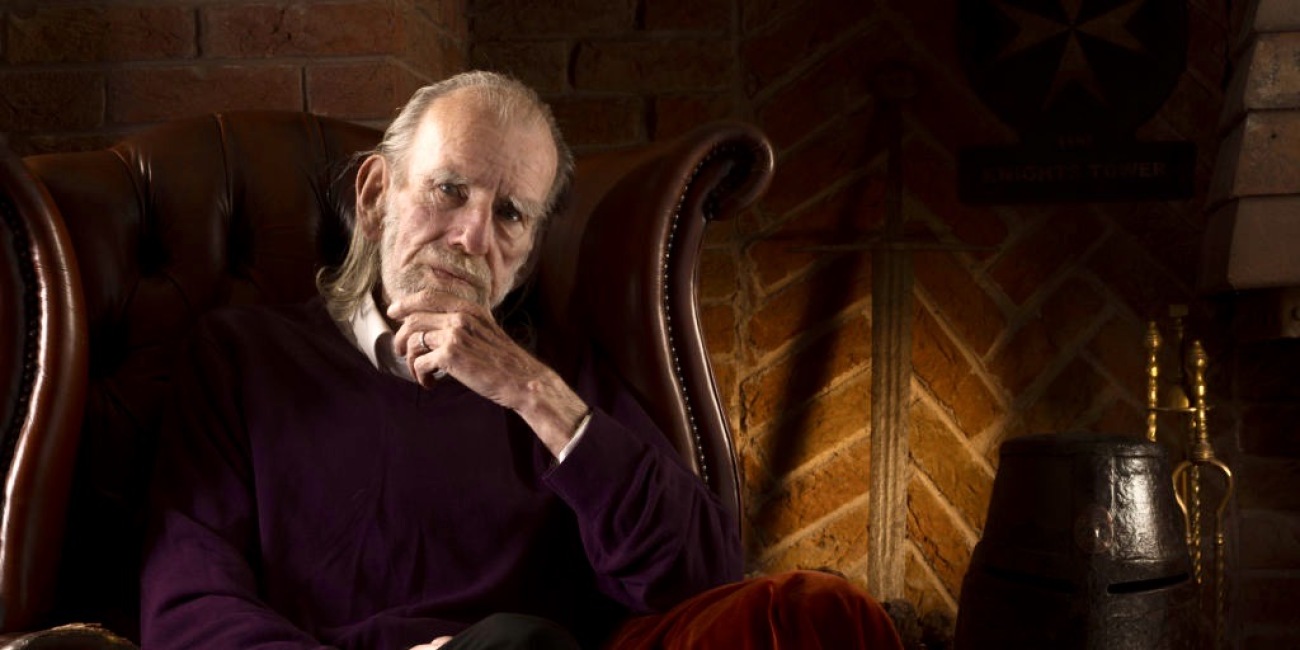 The Irish-born writer and lecturer - known for his works about the Knights Templar, as well as spiritual and esoteric subjects - was a prolific author over the years, and appeared in countless documentaries on the History Channel, Discovery Channel and other prestigious TV networks.

My close friendship with Tim started in the late 1990s when both of us were very actively involved in the Friends of Rosslyn Chapel organisation in Scotland. Tim had been commissioned by the energetic Chairman of the Foundation, the late Niven Sinclair, to write a number of books on Rosslyn Chapel and its enigmatic messages in code sculpted all over the chapel walls in the 1450s. I was commissioned as Marketing Director of the organisation and spent long and beautiful days in the company of this Irish giant intellectual, mostly in the company of our mutual friend Jim Munroe of Penicuik. Jim was the Secretary of the Friends of Rosslyn and responsible for the administrative overseeing and liaison for all the archaeological digs in the tunnels under the land surrounding the chapel. 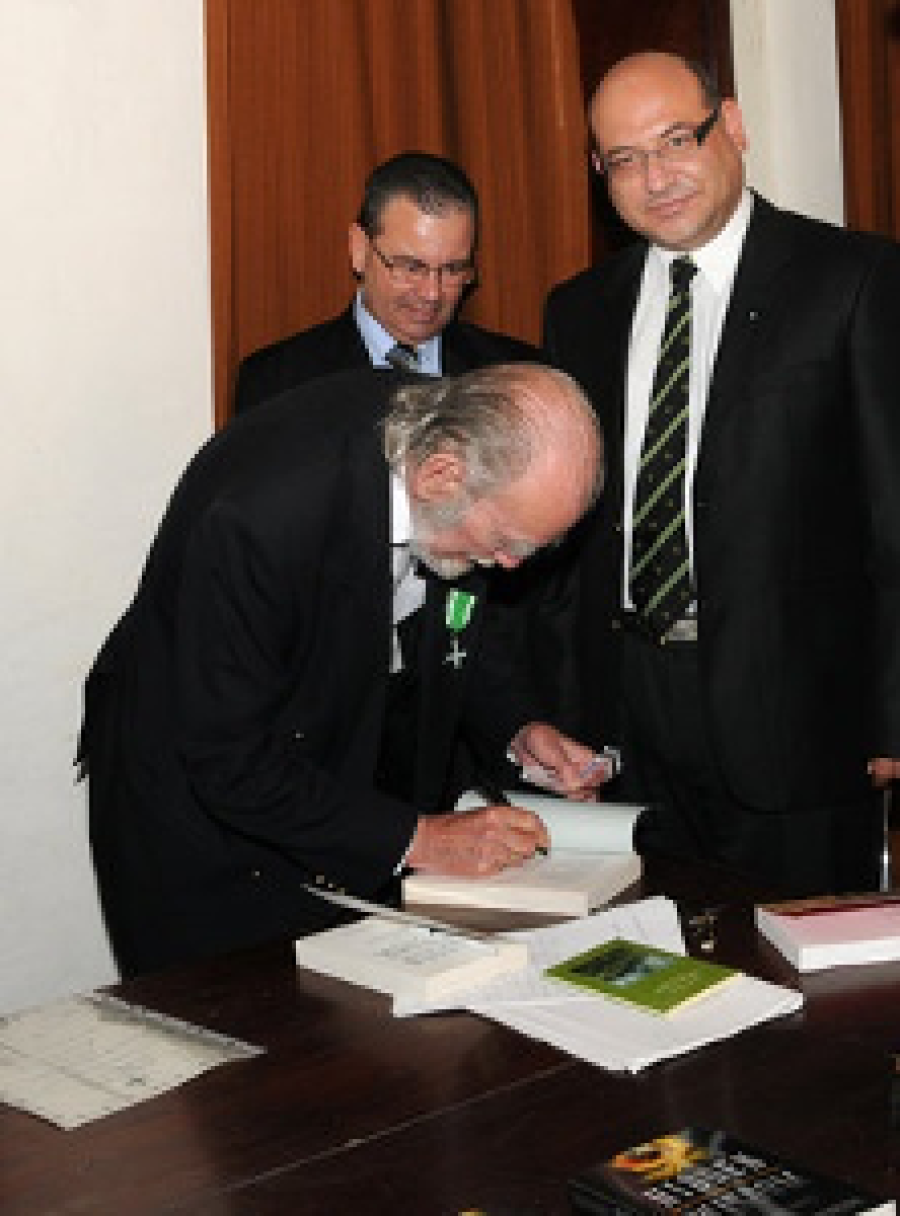 This was all before Rosslyn Chapel was immortalised in Dan Brown’s best-selling novel and subsequent Tom Hanks movie ‘The Da Vinci Code’. Indeed, as per Dan Brown’s own admission, ‘the Da Vinci Code’ was inspired by Tim’s book ‘Rosslyn – Guardian of the Secrets of the Holy Grail’. This was one of the consultancy jobs I was entrusted with which was really close to my personal pastime; medieval history and comparative religions. In fact, few people know that apart from my academic achievements in management and marketing, I also furthered my academic credentials in Medieval History with the thesis in my doctorate focussing on medieval sects and medieval orders of chivalry. Under our watch, visitors to Rosslyn Chapel quadrupled and a host of ancillary services on the venue were launched. Additionally, all the land surrounding the Chapel was bought by the Friends of Rosslyn since these were deemed essential for archaeological digs.

His best-selling books included: Hidden Wisdom - Secrets of the Western Esoteric Tradition; Rosslyn - Guardian of the Secrets of the Holy Grail; and many others. I was very fortunate in being part of the Rosslyn team touring all over Scotland delivering lectures and book promotion initiatives. It made me passionately fall in love with Scotland, but it also bonded me very closely with Tim, who had a whole mine of accumulated experience to share with me throughout the years. 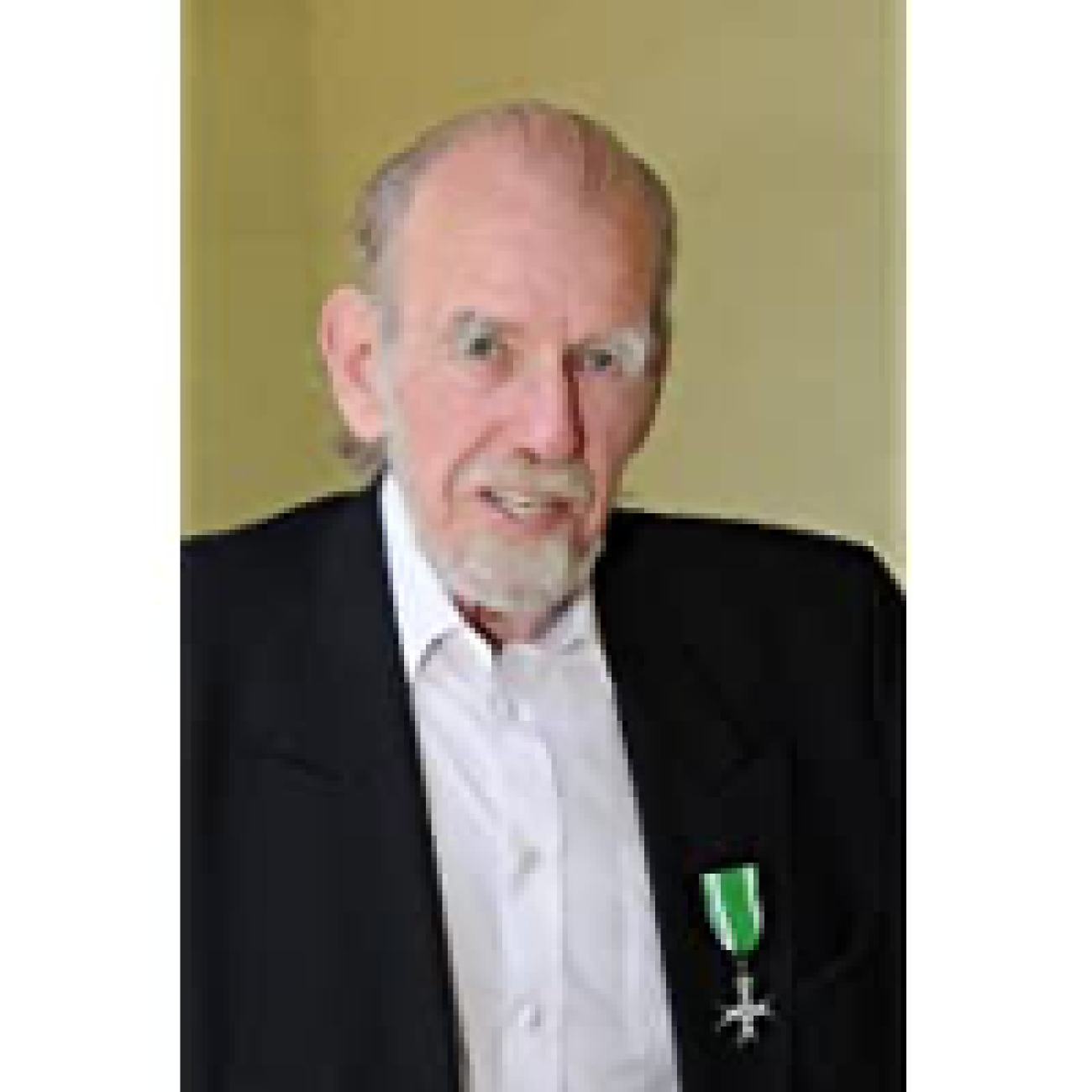 Tim Wallace-Murphy was born in Galway, Ireland, on the 13th of January 1930. After attending the University College of Dublin from 1953-58, he obtained a degree in Medicine, and later one in Psychology. He travelled across Europe and Africa for ten years before returning to England and beginning work as a clinical psychologist. Tim spent his final years living in the Languedoc region of southwest France in a complicated relationship with his wife, Cyndi.

Tim met author Trevor Ravenscroft with whom he co-authored his first best-selling book ‘Mark of the Beast’ in 1988. Following this time, Tim then devoted his life to the writing and research of the Knights Templar, Rex-Deus and pathways of spirituality. Tim also had a proud career in community work and politics, having served as the Governor of South Devon Technical College, a TUC secretary, town councillor and a volunteer for the Leukaemia Research Fund. Tim dedicated his life in service to others and helping those who were also brought up spiritually confused on to a spiritual pathway.

When I was commissioned to write a non-fiction book by an American publishing house on the history of the Order of Saint Lazarus, Tim Wallace Murphy was the first author I phoned for support. Not only did he go through my work and gave me invaluable advice, but also wrote the forward to my own book. The book is still available on amazon.com and other reputable literary websites.

In one of the published pictures here, one can see Tim happily in Malta whilst on one of his book launches. I was indeed very lucky to be one of a select few that he would openly discuss his findings and discoveries prior to his publishing his books. That select few also included another great Scottish associate of mine, Craig Pattison, who, unfortunately also went to the afterlife. Tim and I also worked closely together on Hospitaller related initiatives in Scotland and the United Kingdom.